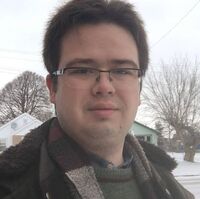 ​Adam Corrigan Holowitz works as a dramaturg, director and playwrights. Adam is the Founding Artistic Director of AlvegoRoot Theatre Company, which marks its 13th Season in 2021. AlvegoRoot is a theatre dedicated to the development and performance of plays by London and Southwestern Ontario playwrights. Works Adam has directed for AlvegoRoot include: Fools and Lovers, The Wind in the Willows (playwright), The Boy with an R in His Hand (playwright), Welcome to Bon Echo, Sixty-Seven (playwright), Dominion Day, The Cheese Poet (playwright), The Big Lad, The Angel of Long Point (playwright), Running Rude, Press Cuttings, Colleening (creator), Endgame, Beard, Macbeth, Uncle Vanya and Waiting for Godot. He wrote and performed his solo play Manor Park. For Village Opera Adam has directed: John Beckwith and James Reaney’s The Great Lakes Suite, Menotti’s The Telephone, Shaw’s Village Wooing. For Theatre Aezir he directed Gary Kirkham’s Falling: A Wake. He was the dramaturg for David Yee’s play rochdale (York University/Summerworks). Adam holds a BA Honours from York Unviersity where he studied Dramaturgy. He is the recipient of The Iris Turcott Memorial Award for dramaturgy from York University. He has written on theatre for several publications including stratfordfestivalreviews.com and The London Yodeller.
​2020 Season: Director of Harvest, Director/Dramaturg of Cambium, Creative Producer of Across the Waves, Creative Producer of 152 Happy Days, Creator/Host of The Manor Park Evening Post, Dramaturg for Of Gods and Machines, Creator/Host of Seven Songs for Canada. 2021 Season: Director/Co-Creator of The Bicycle Play and Director/Playwright of Pirates of Long Point.